The Effect of Weed on Exercise

The Effect of Weed on Exercise 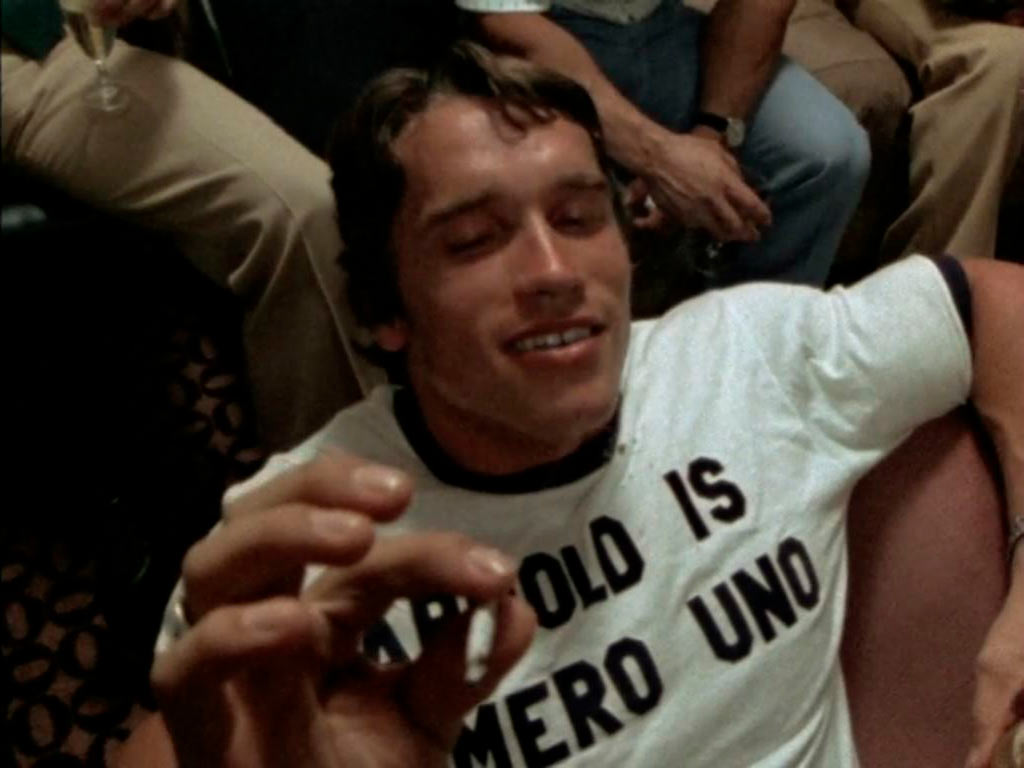 Arnold Schwarzenegger, arguably the most famous body builder of all time, can be seen enjoying a joint in the 1977 documentary “Pumping Iron”. So we know that bodybuilding and getting high have gone together for a long time, but what really are the effects of weed on bodybuilding?

For starters, when it comes to your mindset, it is worth remembering that there is no universal experience when smoking weed. Some people advocate cannabis with weightlifting, maintaining that it allows them to stay more focused, giving them the ability to call their attention to a specific part of their body and feel more “in the zone” and connected to the workout. For others, it’s the opposite; weed kills their motivation and makes them tired. It generally has differing effects on endurance too, helping some and hindering others.

Then there is the safety concern. When lifting, a person should have a clear head. Being “high” can impair your judgement and mess up your form. So in the worst case scenario it could lead to a serious injury.

Around one third of people may experience what is known as “orthostatic hypotension” when under the influence of weed. This means that they will suddenly feel dizzy when moving from a sitting position to a standing position. So right there that would exclude a lot of people from trying squats and many other gym routines under the influence of weed.

Immediately after taking weed, it is going to raise your blood pressure. Some people maintain that this puts you at greater risk of stroke or heart attack during physical exertion. This effect is likely to be similar to the increased risk caffeine puts you under, and should therefore not be a major concern for those with no prior history of heart problems.

Judicious use of weed after a workout however is an attractive proposition for many. First of all, it is going to really increase appetite and make that chicken and broccoli much more appetizing when you are trying to bulk up on clean macronutrients. Not only that, weed is well known to reduce inflammation and should lessen the muscle soreness associated with a heavy workout.

A crucial concern for anyone serious about building muscle is what effect smoking weed regularly is going to have on the chemical balance of the body.

This one is a bit more disputed, with some conflicting studies out there and because of this, differing opinions.

THC, the chemical in weed that gets you “high”, has been shown to lower testosterone production by several studies. It has also been shown to block enzymes in the testicles that are needed to produce testosterone and there is clinical evidence of lower sperm count and chronic fatigue amongst some weed smokers.

All these effects are reversible, so quitting allows a return of testosterone to normal levels.

This is crucial. If you were to ask any gym goer what the main body chemical that effects muscle growth and fat loss is, they would tell you testosterone, and they’re right. Testosterone is the hormone that is fundamental to body building. It is the main driver of muscle growth.

This is essence would mean that a lot of your hard work in the gym could be limited by taking weed. If weed is lowering your testosterone, you are not going to achieve your maximum potential for muscle development.

The flip side of this scientific argument is that a number of studies have come out over the years that claim that smoking weed has no significant effect on testosterone.

One paper, which is often quoted by champions of weed, was published in the 70s in The New England Journal of Medicine and followed 27 men over a 21 day period of marijuana use. Their testosterone levels were measured daily over the 21 days and for a period of time before and after this where they abstained. The scientists failed to find statistically significant differences in blood testosterone levels.

What may be important to understand here is that cannabis can be shown to inhibit key enzymes in the laboratory, but when this is tested in real life we often come back with conflicting results.

Then there is the anecdotal evidence of thousands of people who use weed regularly and still get results, not to mention the famous users of weed. How come we have Arnold Schwarzenegger getting high in the 70s and still winning Mr. Universe? What about Michael Phelps, the greatest Olympian ever, who admitted to smoking pot after a picture of him taking a bong hit was widely circulated in the press and online?

At the end of the day, as you probably know already, it’s down to moderation. This is something you have to gauge yourself. If you find you are becoming lazy, that you are going to the gym less, or getting less done when you are there because of weed, then it makes sense to cut it out. However if you find you can use a little bit to help you focus or to relax after, then that should be fine too.

Smoking weed and working out

What is going to be important is how you choose to take your weed. Smoking cannabis with or without tobacco is ultimately going to affect your lung capacity and ability to take in oxygen during exercise. This is bad for both aerobic cardiovascular exercise and weights or bodybuilding.

However, if vaporized or consumed as an edible, weed will actually increase your oxygen intake. So while under the influence of weed, you have an increased rate of consumption of oxygen, something which might have positive benefits for workout.

When we look at the overall effect of weed on exercise, we see a mixed picture. Some top athletes and body builders appear to be able to use weed and still be at the top of their game. If you find that weed is affecting your workout routine and you are less motivated to go to the gym and work out, you should probably cut it out of your life. Weed is a multifaceted drug, with many benefits and drawbacks. Find out what works for you, and don’t judge others on what works for them.

This site uses Akismet to reduce spam. Learn how your comment data is processed.